There are only two images that come to mind when you think about cannabis. For some, it’s the everyday support that can take the edge off stressful and aggressive medical treatments and conditions. For others, it’s simply all about enjoyment.

Whether you’re a recreational or medicinal user, there’s no denying that the cannabis history is profoundly linked to that of its users. Indeed, our connection to cannabis is far from being new. In fact, archeologists have even found evidence of its use in ancient civilizations. Needless to say, if you thought the 20th century marked the introduction of the cannabis plant in our everyday life, you’re off by a few millennia. 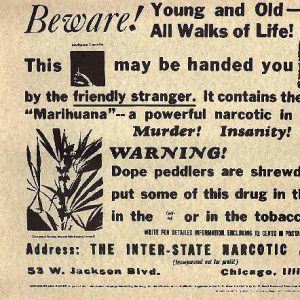 Archeologists found the first recorded evidence of cannabis being used in Central Asia and the Indian subcontinent. The Japanese pre-neolithic period – around 8000 BC – cultivated the plant for its fibers and nutrients. It acts both as a source of food and fibers for clothing and ropes. In other words, people have been using cannabis for over 10,000 years in Asia!

In China and Korea, hempen fabrics and paper were an everyday occurrence from the 5th millennium BC, but archeologists believe it might have even started earlier.

Spiritial rituals and beginnings of recreational use

The recreational use of cannabis developed around the world with the apparition of religious beliefs. At this time, many civilizations of the Indian subcontinent relied on its potent psychoactive properties as part of their religious ceremonies and rituals. Shamans in Central Asia and Eurasia would inhale the vapors of hemp smoke to enhance their “visions”. Admittedly, while it is one of the first semi-recreational uses of cannabis, it’s fair to say that people didn’t rely on its psychoactive properties in the way modern society describes. These rituals strictly used the inhalation of burnt seeds or flowers to induce trance.

Ultimately, the cannabis history around the world reveals a new form of consumption, via hashish or cannabis resin. The use of resin spread from the Persian world at the turn of the millennium to the Arab world. By the 12th and 13th centuries, hashish consumption reached Egypt and Iraq as an edible. Smoking cannabis didn’t happen until the introduction of tobacco in the 1500s.

Introduction of cannabis to the United States

The Spaniards introduced industrial hemp to the Western Hemisphere in the 16th century. By the early 17th century, plantations in Virginia were required to sow a variety of hemp. At the time, society used hemp both for fabric fibers and recreational use. However, restrictions on the consumption of cannabis were just around the corner.

While historians have found early evidence of bans in Arabic kingdoms in the 1300s, the restriction culture didn’t spread until the 18th and 19th centuries in Europe and the United States. San Francisco’s anti-opium law in 1875 was the first US regulation, where cannabis was inappropriately labeled as a “poison”. The United States introduced a sale restriction in the District of Columbia in 1906, and prohibition began in the 1920s. From there on, the war against recreational cannabis started. The 1937 Marijuana Act prohibited the production of both hemp and cannabis. World War II, however, forced the US to promote hemp again to make uniforms, ropes, and canvas. Mandatory sentencing in the 1950s and the Controlled Substances Act in 1970 prohibited possession and any use, including medical, of cannabis.

Further prohibition hits in the 1970s

In the interwar period, jazz music and cannabis went hand-in-hand. It was only associated with society’s margins until the beatnik subculture in the 1950s. Recreational use spread to white Americans and continued to develop into mainstream culture by the 1960s for young people and students. The popularity of cannabis launched a series of conventions and regulations around the world to criminalize cannabis use and eradicate it, including President Nixon’s declaration of “war on drugs” in 1971.

Nixon considered drug abuse “public enemy number one”. His initiative motivated by ghettos and Woodstock, launched the creation of the ODALE – Office of Drug Abuse Law Enforcement – and later the DEA – Drug Enforcement Administration. However, John Ehrlichman, the infamous co-conspirator of the Watergate, suggested that the real purpose was to convict and incarcerate subversive anti-war individuals and racial minorities.

The Dutch government lifted a ban on recreational use, enabling in 1976, the opening of the first recreational “coffee shop” in the country. Perhaps their open-minded approach helped demystify cannabis and renew long-forgotten medical interests in the 1970s and 1980s. In 1996, California was the first state to legalize medical cannabis, primarily to provide relief from chemotherapy. Subsequently, in 1998, Washington DC approved a motion to legalize medical use, however the bill was delayed until 2010.

As of today, 11 states have legalized both recreational and medicinal use: Alaska, California, Colorado, Illinois (starting January 2020), Maine, Massachusetts, Michigan, Nevada, Oregon, Vermont, and Washington, as well as the District of Columbia. Dozens of other states have since passed medical legalization acts as well.